Music Stand for iPad and PracticePlus 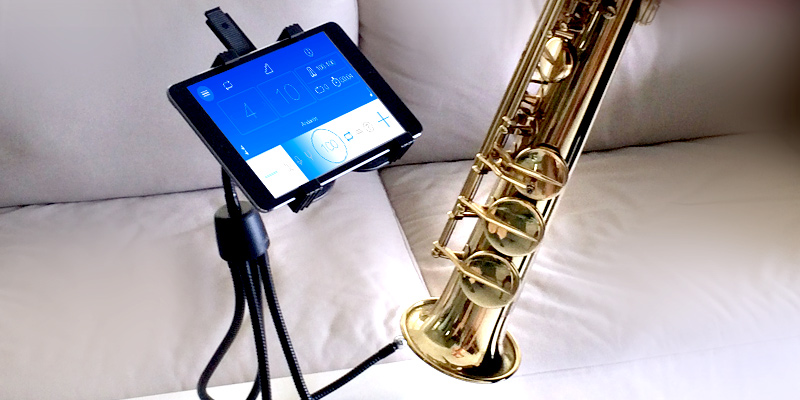 Since Apple introduced the iPad in 2010, tablets have invaded just about every aspect of users’ lives. From the couch to the kitchen to the classroom, tablets are being used everywhere. Now tablet owners can even use their devices in the music room.

With the introduction of the FourFlexx music stand for iPad and apps like Practice+, it is easier and more convenient than ever for musicians to get the most out of their practice sessions.

The FourFlexx music stand for iPad can replace or sit side-by-side with the old-fashioned music stand.

The FourFlexx allows users to position their tablet at eye level and within arm’s reach. This prevents eye strain and the need to stop mid-song just to change a setting. It is fully adjustable, and can hold a tablet anywhere from 16” to 31” off the floor, allowing maximum versatility for the practice room. 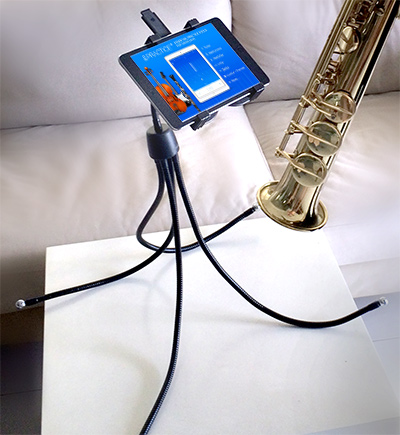 Gone are the days of the awkward and clunky music stand. Even small children can flex the arms and adjust the FourFlexx as needed. It’s as simple as that! The FourFlexx can also fit into the smallest of spaces, as the four flexible legs can be bent into almost any position, or even detached. It can change the dynamic of a practice room in just a few seconds.

This music stand for iPad is not only useful in music rooms of course, but can also be used for any number of other applications around the home: in the kitchen, the exercise room, on the couch, and even in the car. In fact, users love coming up with new and creative ways to improve their tablet experiences.

It should be noted that the FourFlexx is not only compatible with Apple products. It has been engineered to fit any tablet sized between seven and thirteen inches (including iPad, iPad Mini, Acer Iconia, Samsung Galaxy, Google Nexus 7, Kindle, Kindle Fire, Sony eReader, Nook, Kobo, Microsoft Surface Pro and more). 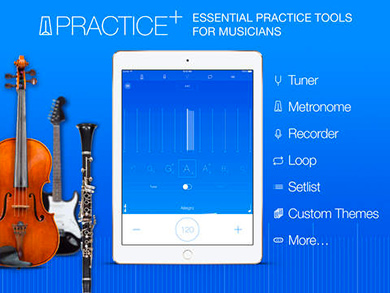 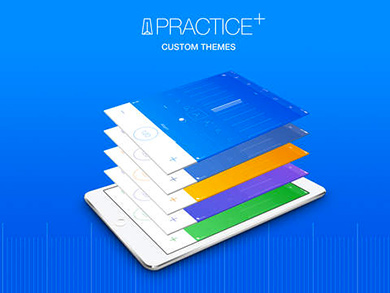 When viewing your tablet, you don’t have to just look at sheet music or pdf files. There is a new app that offers much, much more for musicians.

One of the best-known apps for music practice out there is the Practice+ iOS app. The app offers musicians of all stripes helpful features to make their practice sessions more efficient and effective.

The app features a full-screen metronome, advanced tuner, recorder, setlist creator, and a hands-free loop, which allows the user to practice difficult sections over and over, without having to pause to stop and rewind the song.

Add music practice to the number of ways in which a tablet can help improve your life.  With the FourFlexx music stand for iPad and Practice+ iOS app, music practice can be close to perfect.

The FourFlexx music stand for iPad is available now in our WebShop
The Practice+ app is available in the Apple iTunes Store
For more information, visit their website

At A Glance – The Wireless Charging Guide Infographic